Why in the world would anyone follow a trader born in 1878? Before computers, electronic trading, or global markets. Could whatever Gann did then give us an edge in the market now? The only answer can be that his methods were based on the same forces that moved the markets in the 1920s and still move the markets today. W. D. Gann had audited trades with a win to loss ratio of 92% in some cases. He claimed to take over $50 million dollars out of the markets in the early 1900s. Because the basis of his methods still work today, we believe that those results can also be achieved today.

However, his methods and their study require an open mind and patience. Gann was himself a great trader in addition to his unique methods. In today’s trading age of advanced quantitative analysis degrees and machine learning, W. D. Gann’s methods are more important to the trader than ever. Why? Because Gann believed he had discovered the causes of the movements of financial markets. These causes are the same today as they were 100 years ago- regardless of whether the market is traded by humans or machines. Quants or artificially intelligent machines all end up competing with each other and basically doing the same things. They are distinguished by only a few differing lines of code. Its all just chasing the past patterns derived from old market data. 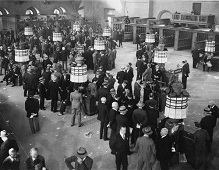 Gann had identified unique data which he believed caused market movements. Some of them exist external to market data. More importantly, these variables lead the market instead of following it. They reduce to specific mathematical formulas that can predict market movements in advance with an astounding degree of statistical accuracy. Gann also found that these variables proved to be constants in an ever shifting universe of market data. Moreover, no computer can brute-force for these variables. They are that unique.

In the pursuit of Gann’s strange wisdom there exists more rabbit holes, rip-offs, and wastes of time than most have the capacity to withstand. W. D. Gann’s ‘unpublished’ trading methods bear little resemblance to the ‘cottage industry Gann’ saturating the internet.

Arcanum Market Research’s “W. D. GANN: MAGIC IN THE MARKETS” course is a rare public offering of the unpublished market methods and strategies of W. D. Gann. The training encompasses the entire catalogue of Gann’s techniques, decoded from his writings and verified by back-testing on modern markets by a CMT.

The individual techniques and combination strategies in “MAGIC IN THE MARKETS” are completely objective and rule-based. Where else can you find anything rule-based with back-testing to this degree?

Gann freely published books on his methods. But go ahead and try to use it and apply it. It will work one time then stop. Why is that? Here’s a secret. Bonnie Lee Hill described it best when she said that Gann “sounds like he’s lying but is really telling you the truth.” W. D. Gann wrote his books as veiled reminders to his private students of his real trading methods. He never intended for you to figure out his methods from reading them. But he did intend to draw you in to his inner teaching circle by also offering sound market advice in his writings. 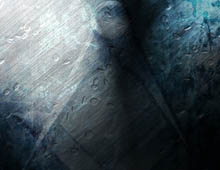