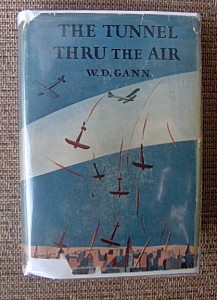 From our research, we believe W. D. Gann only verbally transmitted his original courses that contained his true methods. “The Tunnel Thru the Air” and Gann’s other books were written as coded reminders to the students of his verbal teaching. They were never meant to be decoded from scratch without keys, though some have come close. Since we got a glimpse of some of Gann’s materials he gave to one such student, we have been able to decode much of Gann’s books, methods, and a great deal, of “Tunnel.”

In Gann’s fiction novel “The Tunnel Thru The Air,” it is through the fringe adventures of the young Robert Gordon that Gann walks you through the theory, rules, and applications of his entire trading system- in a bizarre, slapstick veiled language at times. There is more here encoded than in any other of his writings, save “The Truth Of The Stock Tape.” The fictitious story goes like this: Gordon finds a blueprint in the Bible for a unique flying machine. Through the course of its development, he meets and then loses Marie, the love of his life. Gordon’s flying machine ends up saving America in an upcoming world war that Gann predicts will take place.

W. D. Gann wrote “The Tunnel Thru The Air” in 1927. Through the development of the ‘machine,’ the interaction with Marie, and the war, Gann takes outlines his trading methods and applications from beginning to end, forecasting the dive in the great depression at the same time. There is a lot there. For instance, Bonnie Hill said that the book contains about 80 rules for one type of cycle alone.

What makes ‘Tunnel’ hard to decode is that Gann wrote the book for a different reason that he wrote his other works. This book was a ‘follow up’ of sorts to Robert Collier’s “The Secret Of The Ages.” As many early 1900 Freemasons and ‘theosophists,’ Gann wrote with the mission to bring knowledge of the ‘Arcana’ to those enamored with his craft. Much like Carnegie, Edison, Ford, or anyone who has used the Arcana for personal success, Gann wrote ‘Tunnel‘ with the goal of putting this orphic knowledge within the reach of the public (though in highly coded manner) while at the same time bringing an early version of the New Age message to America.

So Gann skips around in the book between a personal application for the Arcana and its trading application. Then he skips around between techniques, markets and timeframes. Then, in one of the concluding chapters entitled, “Robert Gordon’s 7 Days,” Gann ties many of his techniques together to show you how he really traded. For these reasons, the book is very hard to decipher. But reading all of Gann’s other works will shed light on each subject matter. 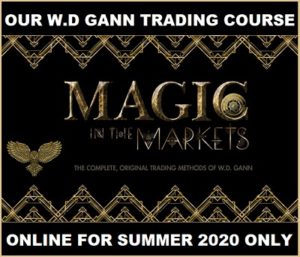 Here’s where it gets spooky. The book was penned in 1927. In Gann’s story, Japan sneak attacks America, a world war comes about, New York has a skyscraper 110 stories tall involved in war (World Trade Centers weren’t built until the 60s ringing in at exactly 110 stories), and a person named Charles Manson was explicitly named and forecast a couple years before he was born. It was W. D. Gann’s way of telling us he was able to extend the methods he used to forecast the financial markets way beyond that application.

Don’t think that you will read it through a couple times and make a million dollars. Unwrapping the mysteries of this book can take years, and you’ll need to have some analytical market software that can study esoteric indicators to try to apply what you think Gann is saying. Too much? Maybe. That’s why Gann encrypted it. So that only those who were serious could ever get near his secrets; or those he had previously taught verbally. Fore more info and demonstrations of many of the techniques from ‘Tunnel,’ , check out our “W. D. Gann: Magic In The Markets” Course on the Arcanum Market Research main website.

This technique can be used at least once per month on the ES, and in October it would have netted you about 80 points in the ES. 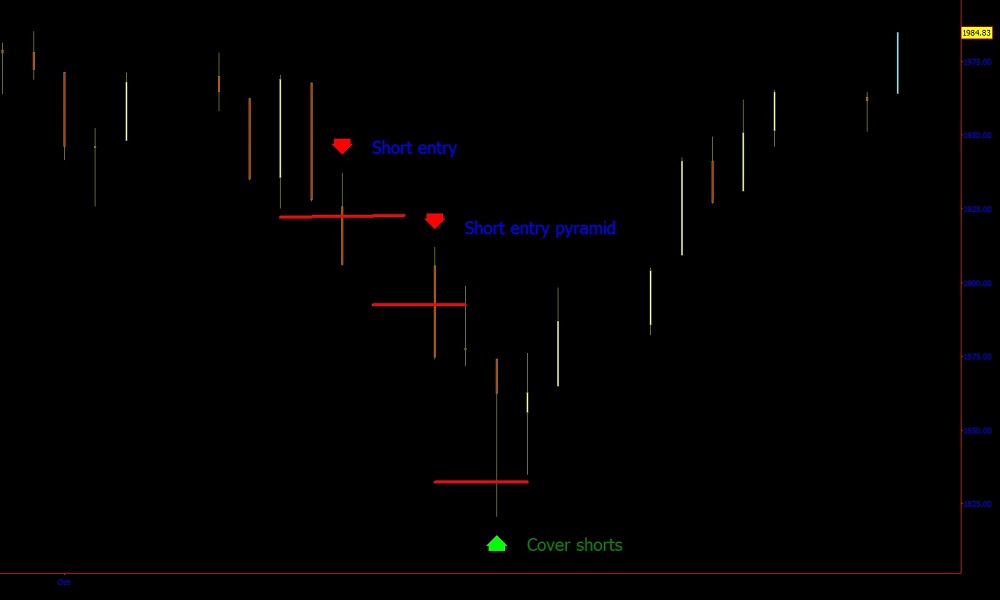